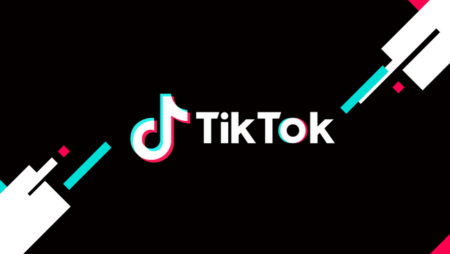 Amid various investigations by regulatory authorities, and escalating revenue concerns within its parent company ByteDance, the pressure is rising on TikTok, which has been evident in some of its announcements and public statements of late.

That could mean that more problems are coming for the app, which could spook the app’s creators who have come to rely on it for income.

Should you really be relying on an app that could, potentially, face bans in several regions, if these latest concerns lead to new action?

The tensions have been ramping up over the past few months, with TikTok’s communications now team taking a more defensive stance against certain claims and media reports.

This assertion about our ownership is mistaken. As described in our letter to Sen. Blackburn, a Chinese state-owned enterprise has a 1% stake in a different ByteDance subsidiary called Beijing Douyin Information Service Limited, not in TikTok’s parent company. https://t.co/Ws9Ej33x6V

As you can see in this tweet, in response to a recent claim in the US Senate, TikTok says that the assertions made around its ownership are incorrect, because TikTok is not owned by the same organization that has direct connection to the CCP, as stated.

TikTok is owned by ByteDance, not Beijing Douyin Information Service Limited, of which the CCP does own a share. The problem is that ‘Beijing Douyin Information Service Limited’ was actually only established as an entity back in May, as part of a re-organization of ByteDance’s org structure – so the division here is not crystal clear as TikTok wants to suggest.

Some have speculated that ByteDance has separated its business units with a view to establishing even more distance between its Chinese and international operations, but thus far, the only change has been in name. So the clarification from TikTok here is not overly convincing, in terms of separating the two companies, and providing assurance of data sovereignty from the CCP.

Which is the focus of another report by Australian cybersecurity company Internet 2.0, which recently found that TikTok collects “excessive” amounts of user data, including checking device location at least once an hour, continuously requesting access to contacts (even if the user originally denies such), tracking all installed apps, and more.

Internet 2.0 also says that TikTok relays data onto China, which it has traced via IP tracking.

TikTok has strongly denied these claims:

“Internet2.0 misstates the amount of data we collect. For example, we do not collect user device IMEI, SIM serial number, active subscription information, or integrated circuit card identification number, and we do not collect precise GPS location. Internet2.0 is categorically wrong to imply the IP address in its research communicates with China. The IP address is in Singapore, the network traffic doesn’t leave the region, and we‘re not unique in the amount of data we collect, which is less than many popular mobile apps.”

Such defenses aren’t surprising, but it is unusual for TikTok to come out so strongly, and publicly, in refuting such, which, thus far, has not been the way that it’s addressed such issues.

Maybe that’s just a shift in tactic, but as noted, there does seem to be a level of implied pressure on the app that’s led to this strategic shift, which could relate to broader issues and concerns surrounding the app.

Last week, TikTok was also forced to suspend a planned change to its privacy policy relating to the use of user insights for targeted advertising, amid questions over whether the change is actually legal under the latest EU provisions for data protection and control.

TikTok maintains that its actions here are within the EU rules – but the fact that it’s willing to push the boundaries again points to rising pressure on the app.

As noted, that may also relate to larger challenges now facing parent company ByteDance, which is reassessing its operations, on several fronts.

This year, ByteDance has been forced to cut thousands of staff due to regulatory changes within China, which have imposed tough restrictions on various elements, including live-stream usage, shopping, and more.

That, inevitably, will relay more revenue pressure onto TikTok, which thus far, hasn’t been able to capitalize on its opportunities in the same way that its Chinese sister app, ‘Douyin’, has.

Douyin generates the majority of its revenue via in-stream commerce, which TikTok is now also looking to integrate as the next big stage for the app. But thus far, western audiences haven’t shown the same enthusiasm for live shopping, and while TikTok is on track to bring in $12 billion in ad revenue this year – more than 3x what it made in 2021 – there are concerns that if TikTok can’t establish a more equitable way to share a chunk of that change with creators, many of them will move on to YouTube or Meta’s apps instead, which have more established, more streamlined revenue share options via in-stream ads.

Add to this the fact that just last month, an FCC Commissioner in the US called on both Apple and Google to ban TikTok from their app stores, due to concerns that the app could be used as a surveillance tool by the Chinese Government, and you can see how these various issues are all adding up, and heaping pressure onto TikTok’s internal operations.

And just today, TikTok’s Global Chief Security Officer Roland Cloutier has announced that he’s stepping down to take on more of an advisory role with the company.

In combination, there does appear to be some significant concerns rising at TikTok HQ, which could lead to more changes in the app.

Could these shifts be a precursor to more regulatory action? Could TikTok be banned in some western nations due to ongoing tensions with the Chinese Government?

Things are certainly not looking up on that front, and maybe, ByteDance can see where things are headed, which is why it’s now working harder to defend itself against such claims.

Either way, the latest shifts are likely not overly assuring for TikTok creators that are increasingly leaning into the app.

There’s nothing definitive, but it does feel like a big shift is coming for TikTok, sometime soon.