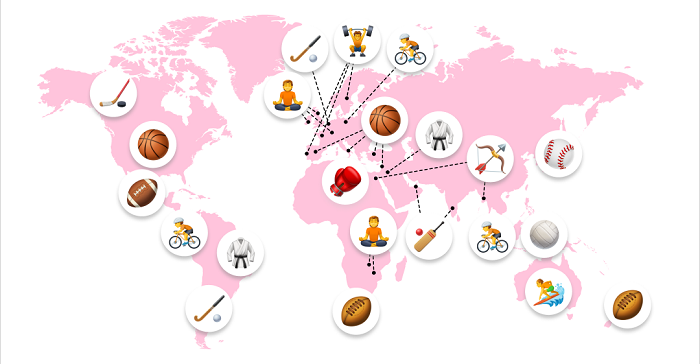 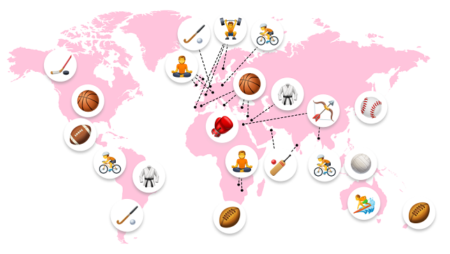 Today is International Emoji Day, and to mark the occasion, Instagram and Twitter have shared some new emoji usage insights, which could help to get you thinking about your emoji use.

Because let’s face it, you use emojis. Virtually everyone now uses emoji response in some way, with emoji usage rising every year. Instagram has chosen to focus on sports with its Emoji Day insights, with the most popular sports emojis in the app based on usage in different regions. Note that soccer actually comes out above all of these, and I would also suggest that the visual nature of the app also plays a part in which emojis are most used in each region.

I mean, I live in Australia, and I can tell you that surfing is not the most popular sport in the region.

Over on Twitter, the Twitter Business handle has shared its own display of its most used emojis.

Today is one of the most important social media holidays… #WorldEmojiDay ????

To celebrate, we wanted to share with you our most used emojis of 2022!

It’s interesting to consider which emojis are your own most used, and what that says about your presence. Though Twitter also has the advantage of being able to extract this data into a word cloud, which is not easy without API access – but you likely know which are your most used emojis via your own process.

In general, however, the most used emojis within tweets are the ‘crying’, ‘laughing while crying’ and ‘concerned’ faces. Those trends shifted over the last year or so, with the pandemic causing a change in general sentiment. But in most cases, these are the most commonly used emoji characters.

Though if you want more specific perspective: That’s a lot to take in, but you can find more region-specific notes and insight here. It’s interesting to note the most used emojis, and how consistently they’ve appeared in such lists.

Either way, the bottom line is that emoji usage continues to rise, and if you haven’t considered using emoji in your social posts and content, these guides and notes may provide some perspective on just how you could consider going about it – and why you should.