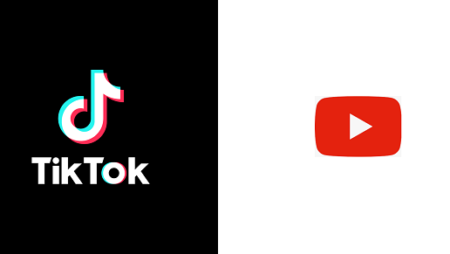 Hey, want to see the biggest existential threat to TikTok represented in a single chart? As you can see in this graph, put together by MoneyTransfers.com, while TikTok is the trending app of the moment, and is on track to exceed 1.5 billion total users in 2022, which would make it one of the top three social apps in the world by usage, the biggest threat to that growth remains monetization potential, with creators able to make a lot more money on YouTube instead.

Add to that the fact that YouTube Shorts is also rising as a key content consideration, and it would make sense that more creators will eventually gravitate towards YouTube instead, for all their content posting needs.

Because why post to TikTok when you can build your audience on YouTube instead, where you can make a lot – a lot – more money?

Anyone who regularly reads Social Media Today will have seen me write about this many times in the past, with the most direct comparison here being Vine, which was eventually shut down because parent company Twitter couldn’t give the app’s top stars a better revenue-share deal.

Back in 2015, at the height of Vine’s popularity, a group of the app’s most popular creators, including Logan Paul and Amanda Cerny, met with Twitter management to discuss revenue share, and how Vine could improve its offering.

As reported by Mic:

“The stars had a proposal: If Vine would pay all 18 of them $1.2 million each, roll out several product changes and open up a more direct line of communication, everyone in the room would agree to produce 12 pieces of monthly original content for the app, or three vines per week.”

With its top creators no longer posting, and its audience no longer checking in regularly, Vine usage started to decline, which eventually lead to the decision to shut down the app in late 2016.

TikTok, while it’s now far bigger than Vine ever was, could indeed suffer the same fate, with creators already bristling at its low creator payouts. And with no form of direct monetization available – because you can’t insert mid and pre-roll ads into short video clips – TikTok is reliant on creators organizing their own brand sponsorship deals, and integrating commerce listings into their process, which they don’t have to do on YouTube.

On YouTube, you simply sign up for the Partner Program, create an AdSense account, and watch the money start coming in. You do have to meet certain thresholds, of course, to qualify for monetization, but essentially, YouTube’s system enables you to get paid for simply creating content.

That’s not how it works on TikTok.

But then again, TikTok’s just getting started, and sure, the top earners graph doesn’t look great. But that doesn’t account for other off-platform deals and opportunities that can stem from TikTok’s cultural influence.

The DÁmelio sisters have their own TV show. Addison Rae was the star of a Netflix movie. Khaby Lame has signed with fashion label Boss. There’s more to TikTok that direct revenue in this sense.

That’s another way to look at it, but then again: All of these YouTubers have admittedly been at it for years, while TikTok has only been a thing for a short time, and there may well be new opportunities coming to TikTok that facilitate new forms of monetization.

As such, it’s not the whole story – but again, the data, as it stands, shows that creators would be much better served by building their audience on YouTube, which also isn’t facing the same scrutiny, and potential for removal, that TikTok still is.

TikTok’s still developing, it’s still refining its models. But this remains the most significant threat to its ongoing growth potential.

The charts above capture this in the best comparative detail.