Meta is Depreciating its Video ‘Premieres’ Option on Facebook 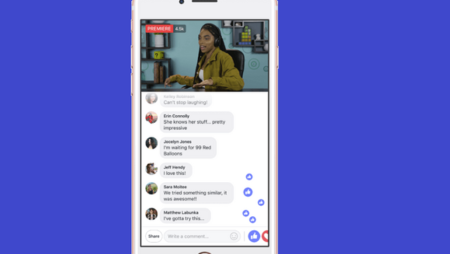 In news that likely won’t have a huge impact, Meta is alerting users that its ‘Premieres’ communal video viewing option will soon be depreciated, as it continues to work on consolidating its various video offerings.

As you can see in this screenshot posted by user Gerry McGuire (and shared by Matt Navarra), Meta is removing its ‘Premieres’ option as of August 22nd. If you want to schedule an upcoming video broadcast, you’ll need to use a regular scheduled video post instead, while you could also host a live-stream, if you were looking to boost hype around a specific event and date.

Though that’s not exactly what ‘Premieres’ was built for.

Originally launched in 2018, Premieres enables approved publishers to broadcast pre-recorded content through what’s essentially Facebook Live – though the videos are tagged as ‘Premiere’ and not the usual ‘Live’ moniker. “When you schedule a Premiere, an announcement post is automatically added to your Page and viewers can Like, Share and comment about your upcoming video. People can also subscribe and get notifications about your upcoming video. During the Premiere, your video is broadcast live with a Premiere badge. Viewers are able to Like, Share and comment in real time. Unlike a normal Live broadcast, a Page administrator doesn’t have to be present during a Premiere broadcast.”

The idea is that this then enables fans to consume and engage with video content in a more communal atmosphere, while the more specific ‘Premiere’ tag helps to avoid confusion with a live broadcast.

So it’s a live broadcast of a pre-recorded video to maximize engagement.

Though not for much longer.

Why, exactly, Meta is removing the option is unclear, but it has been working to make similar premieres available as paid events, and it may be that this just works better as a direct, video-on-demand event option, as opposed to a dedicated feature of this type.

Either way, I suspect it hasn’t been a highly used functionality, which should mean that the impact, overall, is minimal.