Facebook Shuts Down its Live Commerce Push, Which May Reflect Broader Disinterest in Live Shopping 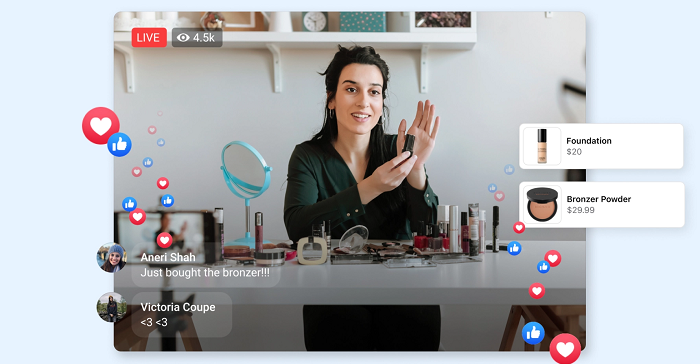 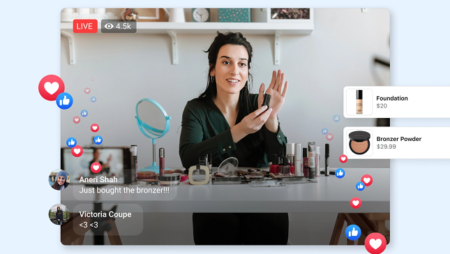 In a move that likely reflects a bigger concern for TikTok than it does for Meta, and its overall growth plans, Facebook has announced that it’s shutting down its experiments with live shopping in the app, as of October 1st this year.

As reported by Business Insider, Facebook’s shuttering its native live stream shopping program, along with the ability to create product playlists, or tag products on Facebook, as it continues to refine its focus, and rationalize its development spend.

“As consumers’ viewing behaviors are shifting to short-form video, we are shifting our focus to Reels on Facebook and Instagram, Meta’s short-form video product. If you want to reach and engage people through video, try experimenting with Reels and Reels ads on Facebook and Instagram. You can also tag products in Reels on Instagram to enable deeper discovery and consideration.”

Live shopping will also remain active and in-development on Instagram, so it’s not abandoning the process entirely. But it doesn’t see a future for it on Facebook – which makes sense, but also reflects the lukewarm response to live shopping across western markets in general, which, as noted, could be a significant concern for TikTok and its growth plans.

Facebook’s been experimenting with live shopping implementations over the last few years, as part of a broader push to lean into rising eCommerce trends. At the peak of the pandemic, in which social distancing requirements forced physical stores to shut down, online shopping surged, accelerating already present trends towards in-app spending. But as restrictions have eased, eCommerce demand has also receded, likely more than many analysts had expected.

That’s forced a reassessment of business plans in line with consumer trends, which has seen platforms like Pinterest lose out – or at least, scale back to the mean, in terms of traditional eCommerce growth.

Which, as noted, could impact TikTok more so than other apps.

The key model for TikTok’s growth strategy is Douyin, the Chinese version of the app, which has over 600 million users in the region.

Douyin has been around for longer than TikTok, and is more advanced, which is why many of TikTok’s new tools and features look so polished – because they’ve already been implemented among Douyin’s massive user base.

Part of TikTok’s key challenge right now, however, lies in maximizing creator revenue, and giving its top stars more opportunities to make money in the app, because they can’t simply insert ads into their short-form clips like they would on YouTube.

The answer on Douyin has been in-app commerce, with the platform reportedly driving $118 billion in product sales, largely via live-stream commerce, in 2021 alone. Live-stream commerce has become a key trend for the app, with sales generated via Douyin live broadcasts rising 7x year-over-year in 2021, and the number of eCommerce live broadcast users exceeding 384 million – more than half the platform’s user base.

Overall, live shopping is huge in China, with predictions that live shopping revenues will reach $400 billion in the region this year alone, equivalent to almost half of all eCommerce spending in the US last year. Live-stream commerce has also proven increasingly popular among younger audiences, with users aged 27 and under seeing the fastest adoption of live-stream spending.

That should spell big opportunities in other markets as well – but the fact that Facebook has decided to move away from the process suggests that it’s simply not catching on in the same way, and that western users are not adopting the live-stream shift with the same vigor as Chinese consumers.

That could be a cultural trend. It’s possible that Chinese users simply align more with these new platform uses, which is similarly reflected in the way that messaging apps have become essential connective tools throughout the region.

Western users have never adapted to messaging apps in the same way, and maybe that’s just a variation in approach, which can’t be overcome. Some have also suggested noted that there are simply fewer opportunities to buy products online in China, with sales restricted to certain apps.

That could make live shopping a more appealing prospect. But whatever the reason, the fact that western consumers are not jumping at the live shopping shift could be a big concern for TikTok’s growth potential – because if it’s not able to offer comparable compensation to what creators can make on YouTube or Instagram, you can bet that, eventually, those top stars will start migrating to greener pastures instead.

Creators have already expressed their frustration at the inconsistent and low payment amounts available via TikTok’s Creator Fund, while TikTok also recently scaled back its live shopping ambitions in Europe due to low adoption and internal conflicts.

If live shopping isn’t catching – which, again, Meta’s decision to scale back its push likely suggests – TikTok may have to find alternate means for creator revenue growth and opportunity. Which may not even exist – while TikTok’s parent company ByteDance is also under increasing financial pressure itself, and has been unwilling, at least thus far, to consider boosting creator payments.

TikTok is the app of the moment, and is on track to reach 1.5 billion users this year, which would make it the third biggest social platform by active usage. There’s no doubting its cultural relevance and presence. But eventually, its challenges in revenue share for top stars will become a bigger issue.

TikTok’s design also isn’t aligned to growing individual users’ audiences, as its algorithms sort through the best content from all users, in order to highlight the most relevant material and keep you scrolling. The fact that it opens to the ‘For You’ page, not ‘Following’, is also not aligned with helping creators maximize reach and audience – there are various flaws in its process that could reduce its appeal to those looking to make content creation their focus.

Will these concerns eventually weigh more heavily on the app? Facebook’s live shopping pull-out is certainly not a great sign in this respect.