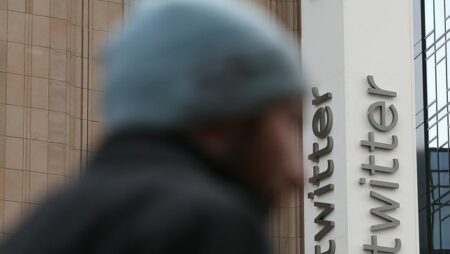 It seems that Elon Musk isn’t entirely confident that he’ll be able to pull out of his $44 billion Twitter takeover deal, with Musk reportedly selling almost $7 billion in Tesla stock in recent days in preparation for a transaction, if he is ordered to pay up.

As reported by The Wall Street Journal:

“Mr. Musk, Tesla’s chief executive and largest shareholder, sold around 7.9 million shares between Friday and Tuesday, the disclosures show, leaving him with a 15% stake in the company. The Tesla boss has been on a selling spree over the past year, during which he has cashed out roughly $32 billion worth of shares in the electric-vehicle maker.”

Musk has since confirmed the sell-off, explaining that:

In the (hopefully unlikely) event that Twitter forces this deal to close *and* some equity partners don’t come through, it is important to avoid an emergency sale of Tesla stock.

The Musk/Twitter takeover is scheduled to be heard in the Delaware Court of Chancery in October, after Musk and his team sought to exit the deal based on Twitter’s inability to convince them that only 5% of its active users are fake/bot accounts.

In response, Twitter has outlined its ‘airtight’ case against Musk’s various claims, with the court scheduling an expedited trial based on Twitter’s counter evidence. Twitter’s counter filing has also suggested that this element is not a legal impediment to the closing of the deal, under its original terms.

That means that Musk’s takeover will come down to Musk’s legal team’s ability to convince the court that Twitter’s process of counting bots and fake accounts constitutes a material altering of the original terms of the proposal, which looks like it could be a difficult path to take.

Which is why Musk is now taking measures to prepare for a likely loss, which will eventually, probably, still see Musk become Tweeter in chief. Whether he wants to be or not.

Of course, you could also argue that this is due diligence, and that Musk is simply taking steps to ensure he’s covered, just in case he loses the case. Some have also suggested that Musk’s entire Twitter takeover bid has been an elaborate front in order to facilitate the sell off of Tesla stock options that were set to expire soon. These latest sell-offs could also play into that narrative, in enabling Musk to make even more money, without raising market concerns as he reduces his Tesla stake.

That’s super rich guy math, and I won’t even pretend to understand the complexities of how that might work – but it does seem like, at the least, Musk is slightly concerned that he’s not going to win his upcoming trial, and that he will indeed be forced to buy Twitter at his original agreed price.

Though Elon has also noted that he has a back-up plan, in case his Twitter deal falls through.

There’s nothing at X.com yet, but another Twitter user also shared this video clip in which Musk explained his plans for the website.

So Musk has a ‘pretty grand vision’ for what ‘X.com’, and ‘X Corporation’, could be, with Twitter helping to expedite that plan, whatever it is.

So even if Elon does lose his upcoming court case, he could still look to make bigger waves in the social media world – while it may also suggest that Twitter could become ‘X’ or something like it, in Elon’s broader plan.

Which kind of kills off this idea:

In any event, we’re now getting closer to a resolution one way or another, with the trial date looming, and Musk preparing for the next stage, whatever that may be.